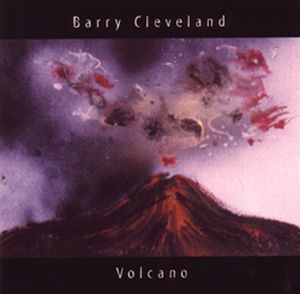 His 2010 album Hologramatron has been praised a lot around the world. Volcano is his debut album and it was released back in 2004 though. It is also a far more eclectic album too which takes in world music and jazz into a melting pot (sorry, could not find any better pun). The world music is pretty dominating on the first half with it's Middle East theme. A theme that really runs through the whole album. Lygia Ferra's vocals is being supported by percussion and Barry Cleveland's subtle guitar picking.

Subtle is the perfect word for the whole of this album. A raging infernal volcano, this album is not. Michael Manring's bass is always present and so is Barry Cleveland's subtle guitars too. Nothing on this album is overpowering. Unfortunate, there is no really outstanding music here too. The music being a bit too understated and does not really hit me.

This is a free download and it is most certainly a must-download album. The music on Volcano is not easy accessible though. That means some will regard it as the best album ever released and some will hate it. It is a love/hate album from an artist who never ever compromises. In my case, I really like this album, but it does not resonates with me beyond that point. But......