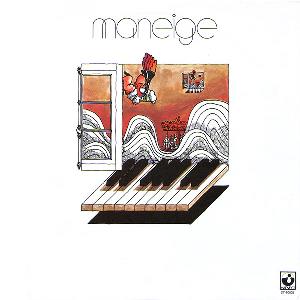 The debut from this great Canadian band.

Maneige is a very slow starting album which takes it's time to really get going. The emphasis is on avant-garde doodling at the beginning before the twentyone minutes long opening track Le Rafiot really comes to life. Half-life, that is. The emphasis is on a mix of pastoral folk rock and jazz. Fusion, but not as fusion used to be. And that is what the this album is. A fusion between jazz and folk music. Induce some classical music too and you get the sound of album.

I am not won over by this album, I have to admit. It has some great melody lines, but not many enough to really interest me that much. But it is a very creditable debut album and a very good one too. Hence my restricted praise for it.