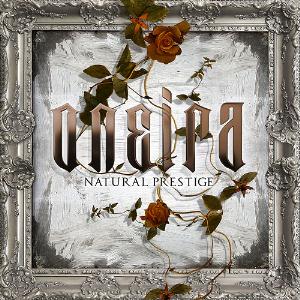 The debut album from this multi national band.

The Oneira has their basis in modern art rock. Their music is a bit difficult to pinpoint, but Tears For Fears second album is a good starting point. Art rock, but not quite progressive rock. The instrumentation is a mix of heavy guitars, funky bass, flowing drum beats and keyboards. All of them plus the vocalist delivers excellent work. The music has an emphasis on good melodies. But there is also a lot of interesting details on this album. Given a good marketing budget, this album will sell like hot cakes. The phrase "given a good marketing budget" is the sticking point here in a very overcrowded scene. Natural Prestige would not really appeal to the snobby prog rock fan and the music is too complicated and sophisticated for the casual rock fan who regard Rolling Stones as the best band this planet has ever seen. That sums up the music on this album.

There is nothing wrong with the quality of this album though. The melodies is very intelligent, cleverly crafted. Some good vocals is interwoven between long, lingering instrumental passages. Unfortunate, this album also includes a couple of very commercial pop like tunes too. Well, they sounds like throw away Rush tunes. My second gripe is the lack of any really superb songs here. There are some great melody lines scattered around Natural Prestige. But none of them has been combined into one great song which would have elevated this album to a new level again.

But this is a very good debut album and the band should be happy about it. Art rock fans should wave their credit cards, hareem and camels towards Musea and their online shop.