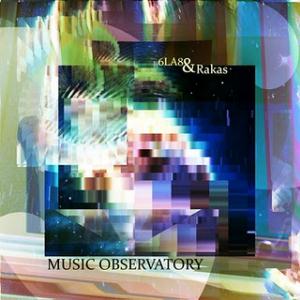 I have to admit Progressive Electronic is by no means my favorite music, this being my only second review ever in this genre. But this album is a free download and their nationality (Pakistan) would hopefully add something more to the genre than the usual fare.

The local flavours is a bit missing on this album, although I may have missed the local flavours. This album is a coop between Rakas and 6LA8 too. Hence, it is not a normal 6LA8 album. The first half has some organic flavours of some strings added. But there are also plenty of nifty computer works here too. All of the album, I guess. In this respect, it reminds me a lot about Senmuth, their brother in crime from the other side of the Karakoram mountains range. But 6LA8's music is a lot soft edged and softer than Senmuth's music. But it is still computer music.

This album is pretty decent with the first half of the album having some good melody lines. The final half is very poor though. This is a decent album, but nothing more. It is a free download though so make up your own mind as I have made up my mind.