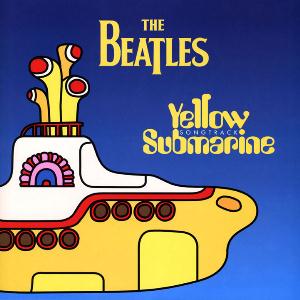 Not to be confused with the 1969 album of the same name.

This album is the collection of songs from the Yellow Submarine flick. This is a songbook, more or less.

Half of this album is a kind of a best off compilation. The other half has some of the songs from the original 1969 album. Those songs are pretty awful. The best off part is off course superb. Songs like Eleanor Rigby; one of the best songs ever written.

Compared to the Red and in particular; the Blue double album (yes, you all know what I am talking about...... the 1962-66 and the 1966-70 albums), this is a pretty unneccesary. But if this flick is something you like, this album is essential. This is by no means a bad album and it is for me a reminder how brilliant The Beatles was and why I am slowly but surely turning into a big admirerer of them. Actually, I am a big admirer of The Beatles. And any excuse to listen to this band is a good excuse I grab with both hands. But it is still a three stars album, I am afraid.