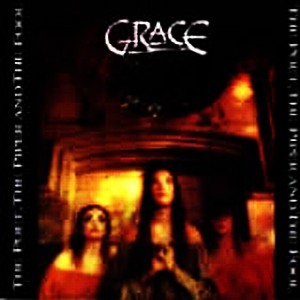 A strange mix of neo-prog, Genesis like prog, Marillion, celtic folk and the worst excesses from the 1980s pop music scene.

The opening song is the highlight of the album. A good symphonic prog epic with a lot of influences from neo-prog and celtic folk. Good stuff. After a couple of songs, the album looses it's focus and becomes more like a pop album with some celtic connections. The fourth track, called "Success" is a pure pop track in the vein of Duran Duran. Only a lot worse. I would not be surprised if this track was released as a single to attract the teeny-bopper girls or the disco crowd. This horror is followed by a love ballad of some sort. Again, pure horror. Then somebody suddenly remembers that this maybe a neo-prog rock album after all and tries to get the album back on track. For the last eight minutes of the track, somebody is trying to unlock the door to prog rock land again. The result is some neo-prog with uptempo pop and a celtic sound. The Marillion influences kicks in like a lion with a sore head and we get a mess as a result. I have really spent time with this album and I wished I liked it. Besides of the opening track; I don't.