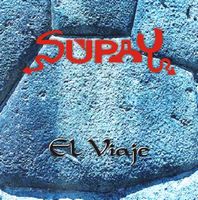 The second album from this Peru based band. Please note this is the album and not the EP with the same name and artwork I am reviewing here. Confusing, yes.

The band is following up their 2004 debut album Confusion with another slab of folk rock. That is; Peruvian folk music combined with some fusion and hard rocking guitars. Take what I would call pan flutes and add guitars, percussions, bass, keyboards and drums. That is when you get sound like this. This album is wholly instrumental too.

For a couple of songs, the elements gets fused together. Those are the best minutes of this forty-three minutes long album. I would prefer more of the same, please. So much that I am looking into purchasing their new, 2013 album Senales.

This is by all means a good album which will satisfy the folk rock fans. I really like this band. A band which would had graced the festivals in Europe and USA if given the chance. I hope.......