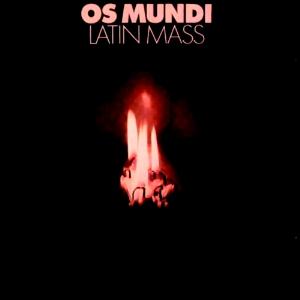 The debut album from this highly influential German band. The first of in total three studio albums. The last one released ten years ago.

There is no denying that we are being treated to a new slab of spaced out krautrock again. Just the name and the album title gives the game away. The vocals are in latin though and this is a krautrock version of latin mass. That is an original concept indeed.

The sound is as you can understand not the best. It has not been translated well to a 2014 standard. The music is spaced out with some good vocals, keyboards, bass, drums and Hammond organ. The usual krautrock fare. The music sounds like a mass too. And I mean a mass. Not a mess. The Hammond organ is very good here. The latin vocals a bit muddy. Ditto for the melodies which is rather good.

I do not know why this band is so revered. This album is nothing out of the ordinary, the concept aside. It is still a good album though which satisfies krautrock fans. People like myself.