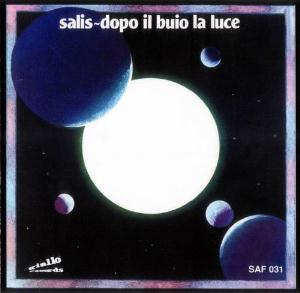 I have to confess that their first two albums did not impress me at all. Very standard light hearted RPI. I am a bit surprised to find that they have totally changed their style on this album though.

What we get here is a mix of symphonic prog and fusion. The first half of this album is more fusion than prog with some very good interplays between the keyboards, pianos and the guitars. The bass and drums is also very good here and they also get some very good melodies and details here.

The last part, side B, is more traditional Italian prog with Italian vocals. The album ends with some jazzy fusion though. It has some Canterbury prog and folk rock too at the end.

Maybe it was not a bad idea to disband the band after this album because it is so far removed from the two first albums. They also went out on top with their best album by far. I am missing some great melodies here and the music, in retrospect, sounds a bit generic. This is an album very much worth checking out.