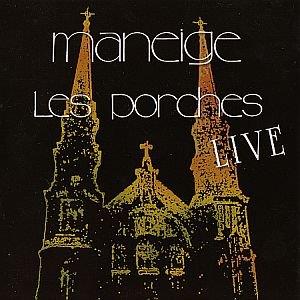 The fourth and so far final live album from this Canadian band.

Their first four albums really established this band as one of the better bands to ever emerge from Canada. They were the leading band in the Quebec scene. A scene who combined folk rock and fusion. Just like Maneige did.

Their best loved/best album were the epic Les Porches from 1975. An album everyone should have. This live album is based on that album.