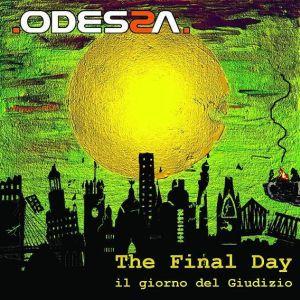 Their debut album Stazione Getzemani from 1999 has got some very good reviews everywhere. Odessa was being compared to Area on that album. Hence my purchase of this album as I really like Area.

Well, ten years later..... They still got some pretty heavy Area influences. The music is pretty heavy as in pretty bombastic too on this album with frequent forays into prog metal. They are also visiting jazz territory quite frequent too. Not to mention pastoral Italian prog too. They produce all this noise with keyboards, bass, drums, guitars and vocals. The vocals is a mix of Italian and English.

The sound is good throughout. I am not entirely sure where the band is going on this album though and what they were aiming for. It is a bit of a confusing album who is kicking like a wasps stung horse in all direction. The vocals is not particular good either. It is a good idea to make a varied, multi faceted album. But this album is a bit of a mess. Neither is the music particular good either. This is a decent fifty minutes long album and nothing more than that. Nuff said.