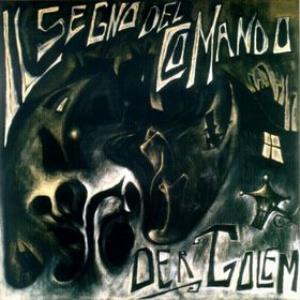 The band has placed themselves in the occult prog rock segment of the RPI scene. Mostly due to the lyrics and concepts which is a bit on the..... well..... occult side of the scene. This end of the RPI scene is pretty much well crowded now with several bands. I am not a big fan of this scene as I find the music too gothic for my liking. Goth rock is not a compliment or a nice phrase in my vocabulary.

The Italian vocals is pretty much gothic and is delivered by an almost monk like chant. The vocals is on the top of some pretty darkened keyboards and guitars. Bass and drums is backing up the whole thing. Some of the keyboards is church organs like.

And no, this is not me slagging of this album and is putting it in a turkey yard (1 pointer). There is no really great songs here. But the album still rocks and delivers to the character of good. It is an album people who likes occult Italian prog and even the likes of Ange will like. There is a lot of French symph prog in this album. It is also an interesting album too. The band knows what they are doing and I am considering a purchase of their two other albums too.