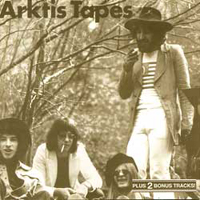 I was not the biggest fan of their first album. Their primitive version of krautrock made me draw comparisons with Amon Duul. It is with some relief I can report they have moved on a bit from the pretty uneventful debut album.

You still get some pretty horrible female vocals and a lot of guitars. The band has developed a bit and that in the direction of Guru Guru. The music is still very primitive on this far, far too long album. Seventy-three minutes is far too much of this type of music. The type of music is variations on a theme played by a guitarist. That and some vocals.

There are some good things here though. But flowery, melodic music it is not. Neither is it much of a krautrock album too. This is though a decent album and can be enjoyed in small, twenty minutes long dosages.