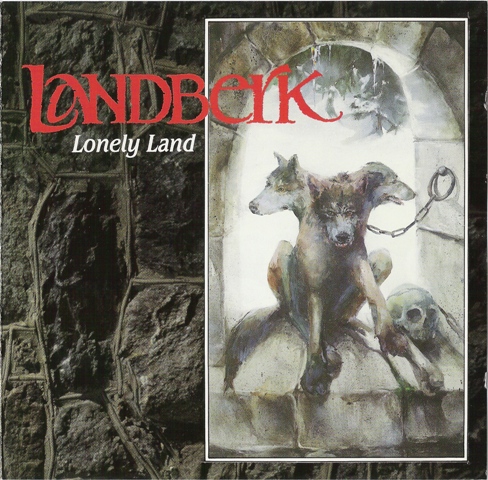 The second album from this Swedish band who went on to releasing three albums between 1992 and 1996. I think they have split up now. Lonely Land is also the English language version of their debut album Riktigt Akta. Only the band knows why they have totally changed the title of this album from "genuine true" to Lonely Land.

Landberk was in the same scene as Anglagard and Anekdoten back in the 1990s. Swedish symphonic prog in other words. Dark, melancholic symphonic prog, that is. Melancholy with a lot of mellotrons, acoustic guitars, dark male vocals, guitars, keyboards, bass, accordion, flutes and drums. That also gives this album a pretty strong Swedish folk music vibe.

Landberk reminds me somewhat about Anglagard. Landberk though is more folk music inspired than Anglagard. They are also a lot more pastoral than their more known countrymen.

There is no bombastic songs here with the big wow factor. Lonely Land slowly creeps up on the listener and stays there..... for a while. This fifty minutes long album, my sole Landberk album makes me yearn for more of their albums. This is indeed a very good album and recommended.