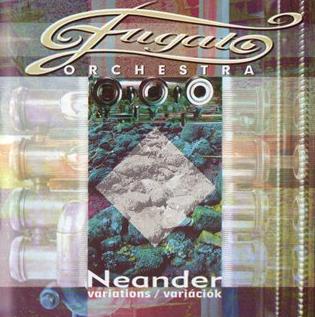 The debut album from this Hungarian band. The first of so far two albums.

I am getting exposed to a lot of very wide array of music through this blog. Which for me personally is the whole point of this blog. I love it ! Fugato Orchestra is for me one of the blessings of running this blog. They are to say at least not the usual fare.

Fugato Orchestra was a 13 piece band on this album. You get the full keyboards, bass, drums and guitars setup in addition to the cellos, violins, flutes, percussion and female opera singers.

The music is a bit cheesy, yes. This though is a genuine crossover album which should appeal to a lot of people. It sometimes sounds like a film movietrack. But I really like this very good album. It is bordering to be a great album too. The disappointing opening of the album drags the album down to becoming a very good album.

Fugato Orchestra is a very refreshing addition to the scene and I wish them all the best. Check out this album.