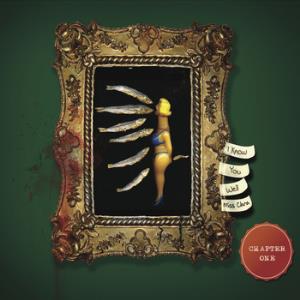 The debut album from this Indonesian band.

Indonesian music has increasingly meant jazz released through MoonJune Records. And hey presto, this is also the case here. Bullseye in other words.

This cryptically named four piece band consists of keyboards, guitars, bass and drums. They are also helped out by saxophone on a couple of tracks. The absence of any local folk music, as on most other Indonesian albums released through MoonJune, is notable. The band has rather got their inspirations from England instead. Which may explain the eccentric band name. English humour, you see.

The band and the music comes across as a heavy inspired by both Mahavishnu Orchestra and Soft Machine. Not to mention the Belgium jazz scene too around Mass Machine and The Wrong Object. The music here is in other words very intense with some psychedelic and avant-garde influences too. This album is therefore not really a purebred jazz album. It is very much a fusion album. As such; a purebred fusion album.

This album is really like an infusion of new blood into the fusion scene which is now too dominated by docile elevator music like albums. I have not really enjoyed the last ones I got from all other labels than MoonJune. This album is a different kettle of fish altogether. The solos here is great and innovative. The bass is rumbling on in the background and the drums are also innovative and not there only to keep the beat going. The guitars are superb and ditto for the keyboards. There guest saxophone is also adding the dot to the i on this album. On the top of that, this hour long/short album also dishes up some great melodies too.

The end result is a great album and one that has kept my spirits up lately. It comes highly recommended to anyone into fusion.