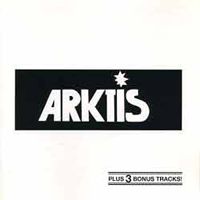 We are in krautrock land again. In this case, almost proto-krautrock. The music is being performed with bass, drums, guitars and female vocals. The vocals are in English too.

The music has a lot of power pop and punk in it with a lot of blues and standard rock elements. This is due to the pretty simple setup and sound. It also has a lot to do with the pretty one dimensional vocals from Karin Toppig. Vocals pretty much in the background in the sound.

The songs, with the exception of the twenty minutes long Rare Girl, is pretty primitive power pop. Rare Girl is a good spaced out krautrock epic. I end up with a decent rating due to that epic. There is not much to be happy about on this album and I hope my two other Arktis albums is better than this one.