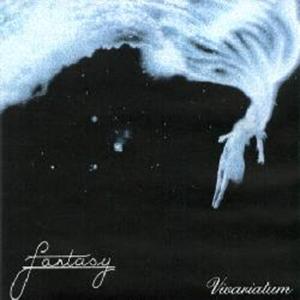 The third album and the final sign of life from this English band. Vivariatum is not really a studio album. It is a two different studio recordings from 1970 and 1976.

The music is performed with the usual keyboards, guitars, bass, drums and vocals. The two different studio recordings has a good sound. No problems there.

For some reasons, the band deviates from their usual sound and tries to sound like David Bowie on some of the songs here. Very odd. The rest of the album is more in the lush British symph prog tradition. Lush means a lot of folk rock influences too. They are not as technical as the likes of Yes and Genesis. They are still pretty symphonic.

I have to admit it feels like the band and/or their label has scraped the barrel here and come up with fifty minutes worth of left over material. That is what this album is. Fantasy was never really a fantastic band and the left overs is ditto substandard. This is by all means a very good album for the Fantasy fans, which are rather numerous. In my estimations, this is a decent album without any good songs. I really like the lush sound. But the songs are really not there.