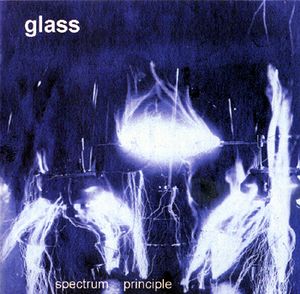 The third album from this US band who first saw light in the 1970s before they disbanded in frustration of getting nowhere. The band started afresh in 2004 with their first album No Stranger To The Skies.

Glass plays symphonic prog with some ambient and avant-garde influences on this album. Add some psychedelic, space and Canterbury prog elements too and you get this album. All of the music, with the exception of some spoken words, is instrumental.

There is a lot of piano, mellotron and moogs here. There is no guitars here though. Bass and drums completes the picture. The music has a traditional 1970s feel.

This one hour long album is not a straight forward symphonic prog album. It has too many weird facets to really be a run of the mill symph prog album. The space and psychedelic elements are pretty strong here. The album is as much a krautrock album as a symph prog album.

The album has some very good stuff and some pretty dire stuff too. It is an uneven album where 1/3 of it should had been binned. The law of the average tells me this is a good album. Be prepared to be challenged with this album, though. It is not a run of the mill album. Check it out.