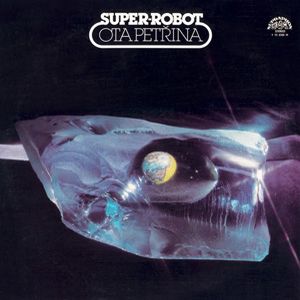 The debut album from this Czech songwriter and artist.

Ota Petrina was a pretty popular solo artist back in the 1970s behind the Iron Curtain. The cold war was raging and there was a lot of censorship back then. But he managed to release this and another album.

Super Robot is also a movie and this is supposed to be the sountrack to that movie. This does not sound like a soundtrack to me. The music is very song orientated. Song orientated in the vein of folk rock with some Genesis and Pink Floyd vibes. No less and no more. OK, I would add that the music here has something in common with Italian prog and folk rock.

Ota Petrina, a male btw for those of you, including myself, who are not an expert on Czech male and female naming conventions, has a good voice and the vocals is in his mother-tongue. He is helped out by flutes, synths, guitars, bass and drums here.

The end result is a fifty-five minutes good album with good songs overall. I like the sound and I like most of the melodies. A killer track or four would had elevated this album to a higher level. But it is good enough as it is. Check it out.