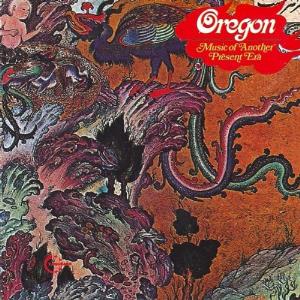 The band has released 23 studio albums and is regarded as an innovative jazz band. And that is what we get here. Jazz who takes a lot from both eastern and western music. That and a lot of avant-garde music. The band is known as one of the best improvisation band and that may be the case here.

The music is performed with a lot of oboe, horn, double-bass, tabla, percussion, sitar and guitar. There is really difficult to find nice melody lines in this predominant avant-garde jazz album. Music far too out there for my liking. In five years time, I will probably disagree with this review. But there are still some very good melodies here and that is the main thing I am taking from this fifty minutes long album. It is not an album from the mass market. It is an album for the few. I award it a weak good rating.