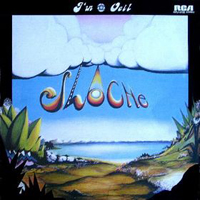 The debut album from this Quebec, Canadian band. A band who sadly only released two albums before they split up.

Quebec had a very impressive scene back in the 1970s with Harmonium, Maneige and some other bands too. Most of these bands were in the fusion/jazz genre.

Sloche's music is firmly in the fusion genre. There are some folk and symphonic prog too in their music. But this five piece band's music is largely fusion. The music was created with keyboards, guitars, bass, drums, French vocals, saxophone, organ and piano.

The rest of the album is not of the same standard. Those into fusion should and must check out this album.