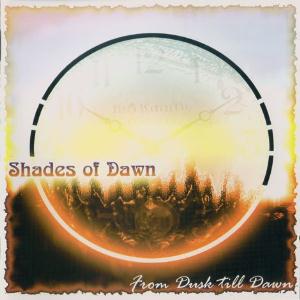 The band was a five piece band on this album with the usual keyboards, bass, guitars, drums and male & female vocals lineup.

We are again somewhere between neo-prog and symphonic prog. Again because this crossover genre has got a lot of German bands and has their own scene on those shores. There is a lot of great bands in this genre coming out of Germany.

The album starts out with some ELP references before it goes a bit darker and then a lot more darker. The music is pretty symphonic at times. The use of both set of vocals is used throughout. The guitars is pretty heavy at times. Sometimes, the music reminds me about Eloy. But most times, the album is more neo-prog than symphonic.

This one hour album starts out very good and falls away at the end. My average rating of the whole album is a good rating. I am not happy about the final twenty minutes which is too dull and too gothic for my liking. Hence this rating.