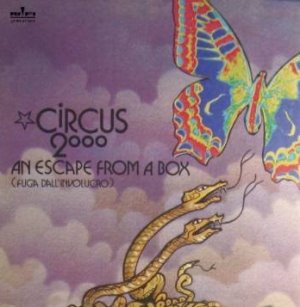 Circus 2000 was a four piece band with a female vocalist and English vocals. They operated in the psychedelic rock genre on both this and their debut album. Velvet Underground and Jefferson Airplane is good references.

Their lineup was guitars, bass, drums and vocals.

The vocals is decent enough and so is the music. Music which is in the west-coast psychedelic rock vein. Very fluent and pretty cool.

The problem with this album is the lack of any good songs. There is none of those. I find this album pretty dull, all of this half an hour long album. This is a decent album and nothing more than that.