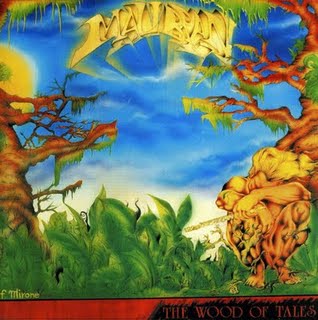 The debut album from this Italian band. I believe they are actually from the island Sicily. The band has so far released seven albums and I got a few of them.

The band was a six piece on this album. The line up was flutes, saxophone, bass, guitars, drums and vocals. English vocals, unfortunate.

The band is regarded as an Italian progressive rock band. That though is not evident on this album. Neo prog is what we get here. Neo prog in the good old English style. Pendragon springs to mind. Pretty standard fare too.

The vocalist is pretty hard pressed at times. So hard pressed that I am tempted to order an ambulance for him several times on this forty-four minutes album. The flutes are very good and so is some of the guitars.

The music is good throughout and it is evident that the band, the vocalist excluded, has got some talents. Hence my rating of this album.