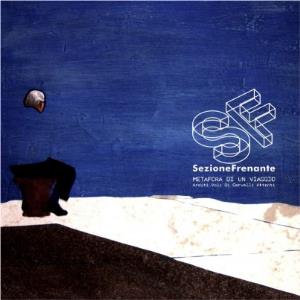 This five piece Italian symphonic prog rock band was formed in the early 1970s and went their own separate ways after some fruitless years, trying to break through. No record deals and not much gigs either. They were forever forgotten....

... Until they reformed in 2006 and then the record label Ma.Ra.Cash got interested. The end result is this album. An album with mostly old material and some new material.

The lineup is guitars, bass, drums, keyboards and Italian vocals. Some great vocals too from Francesco Nardo. The keyboards sound is also very retro and very 1970s.

There is a lot of lights and shadows in their music. The music is very much Italian symphonic prog rock. The album is also an old album length. That means less than forty-five minutes long. In this case; forty-three minutes long.

There is no real great songs here. Only sporadic greatness. I still very much like this album and awards it a very good rating. I have heard they are playing live these days together with the likes of Le Orme and other Italian bands in this genre. Go and watch them.