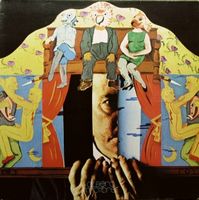 The only sign of life from this Italian band before they were disbanded and nothing was ever heard from them again.

Albero Motore was a five piece band with a lineup of guitars, keyboards, bass, drums and Italian vocals. The sound is pretty good throughout these forty-five minutes.

The music can best be described as 1970s Italian rock. Or rock'n'roll as most would call it. There are a lot of southern rock references here. Both Allman Brothers and Lynyrd Skynyrd springs to mind. Add some Italian madness and pop music to the mix and you get this album. Madness like some insane vocals and some cheesy melody lines too.

I have to say this is not a good album. Let alone; an interesting album. Some albums are obscure because they are not good. This album is a prime example. The music is decent enough and fans of southern rock should perhaps check it out. I am not one of them.