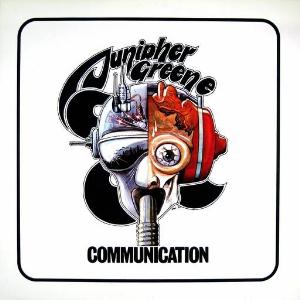 The second album from this Norwegian band and the follow up to their legendary album Friendship. An album everyone, with the exception of myself, really loved.

The band was a five piece band on this album and with a lineup of flutes, keyboards, guitars, bass, drums and vocals. The vocals duties was shared among the band members.

Communication really follows in the same footsteps of Friendship. One long progressive song, the title track, which has a lot of decent to good ideas and then some not so progressive songs. The sound is surprisingly good. Well, it is good.

The music on this album is somewhere between folk, prog, hard rock, psychedelic and normal rock anno 1973. It is still a bit of a weird album though and not exactly a mainstream rock/pop album.

The problem with this album is the lack of really good songs. There is none and the album falls a bit flat on it's face in today's standards. It is a decent album and that is that.