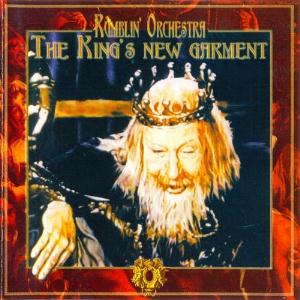 The second and final album from this Hungarian band. Or make that; an orchestra.

The band was somewhere between symphonic prog and classical music on their debut album Spartacus from 1998.

On The King's New Garment, they have shed the rock and prog part and gone fully orchestra. You basically get a full symphony orchestra here and no vocals.

This type of music works fine with a cartoon movie like for example Tom & Jerry. But on it's own, it falls a bit flat on it's face.

When that is said, this is not a turkey. It has some quality, this seventy-two minutes long album. It does not have much of substance though and not much to let the brain cells get a workout.

This is a decent, but also a dull album.