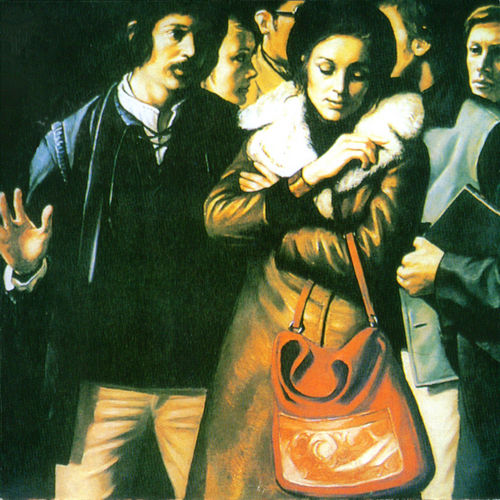 The debut album from this Norwegian band and the first ever double album from a band from Norway.

The music here is not strictly progressive rock, with the exception of the title track, a twenty-six minutes long suite. That is a suite which touches into heavy prog, space rock and symphonic prog.

The music on the other half of this album is a mix of good old psychedelic rock and heavy prog. Or hard rock if you want. The music is pretty hard and psychedelic. The very good flutes gives some 'Tull associations too. The Hammond organ, guitars, bass, drums and vocals is good too.

The end result is a good album where the title track, the suite, is the best part of this album. The other and far shorter songs are so and so. Not particular good, in other words. Check out this album.