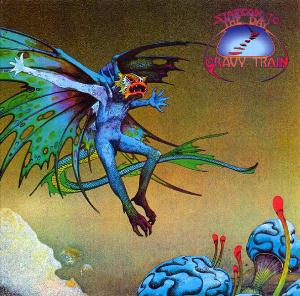 The fourth and final album from this English band.

Their previous album had seen some lineup changes and a change of direction too. Harmonica and woodwinds was in and so was a mix of funk, hard rock and blues. Gone was most of their folk rock and progressive music. The band went mainstream.

This four piece gets help from some guest musicians on this album. The lineup is harmonica, woodwinds, flute, guitars, bass, drums and vocals.

This album is forty-five minutes long, divided on eight songs. Not many long songs. But each and individual song pulls a punch. This album is not particular hard rocking. It has some more pastoral moments too where the flute comes to the forefront on this well produced and great sounding album.

The result is a good album which did not give them enough new fans to continue the band. I still like this band a lot. Good, honest English rock with a lot of very interesting details. That is what this band brought to the table. Check them out.