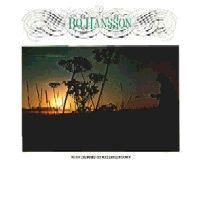 The eight album from this Swedish composer and musician. His second to final solo album.

We find again Bo Hansson on piano and keyboards with a lot of guest musicians. That includes guitars, bass, flutes, drums and sound effects.

This album is inspired by a book with the same name. It was written by Richard Adams and it is about rabbits. Something I guess is a metaphor for something. I don't know. Get the book yourself from Amazon or any other book stores.

The result is another instrumental album from Bo Hansson. A fifty minutes long album.

The album is pretty pedestrian and full of keyboards with some flutes and guitars. The guitar solos is good. The rest of this music is symphonic and classical music orientated. It feels a bit too light and bereft of much substance. It is going nowhere in my view and I have been giving this album a lot of time as I don't want to talk bad about the late Bo Hansson.