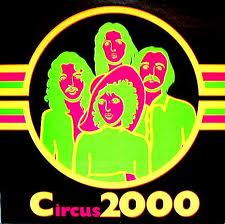 The debut album from this Italian band who in total released two albums before they gave up the ghost.

Italy had a pretty big psychedelic rock scene in and around 1970. This five piece band were one of the leading bands in this scene. They were fronted by the female vocalist Silvana Aliota. She was helped out by some drums, guitars, keyboards and bass. Yes, and some male vocals too.

The music is a mix of psychedelic rock and folk rock. The vocals are in English and the music has a pretty big English folk rock influence. Now and then, a bit of Italian pop music shines through too.

The album is just under half an hour long and it has a very weird, psychedelic avant-garde feel on the first songs here. Then the album changes more over to a more folk rock and Italian pop direction. One of the songs are even a pure pop song with a solid hit potential. Unfortunate, I believe this is a cover version of another famous song. So no fame and fortune for the band.

The end result is quite a quirky, decent to good album. I am not a fan, but I like half of it and does not like the other half. Check out this album if Jefferson Airplane is a band you like.