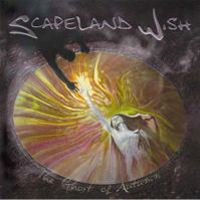 I quite liked their first album. It had some Kings's X vibes and a positive sound and feeling. The songs was happy songs and sunny as a day in Florida. So I was looking forward to sinking my teeth into this, their second album.

The band is still a trio with keyboards, guitars, bass, drums and vocals. Despite of being a trio, the sound is very rich and warm. There is a lot of sound & noise here.

This album is also a lot more rounded and well balanced than their debut album. There is a lot more proper prog rock here. The music almost got a psychedelic feel to it.

The songs are really good here too. Some are not so good though. But most of this album really both rocks and has some good melodies. It is an album the band can be happy with and it really deserves a follow up.