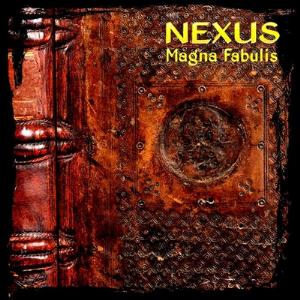 Their sixth studio album and their second album that year.

Magna Fabulis is a compilation though of the four tracks they did for the Colossus compilation albums Musea did some years ago. Already released tracks and now compiled on Magna Fabulis. A close to seventy minutes long album where the longest track is clocking in at the half an hour mark.

The music is symphonic prog in the vein of ELP. That means keyboards drenched instrumental prog with some vocals and guitars in between. Most of the music is neo-classical too. That is where the muscle heavy heroes is saving the virgins from the dragons and all that. A knight in armor on a white horse rides in to the music of this album. Some may find that great stuff.

The end result is a good album which is lacking a killer track or two. The band knows what they are doing and I have heard far worse albums in this vein than this album, this compilation album. This album is also a nice reminder why I have avoided those Colossus compilation albums. I like some soul with my prog. Not much of that is present here. Despite of that; this is a good album.