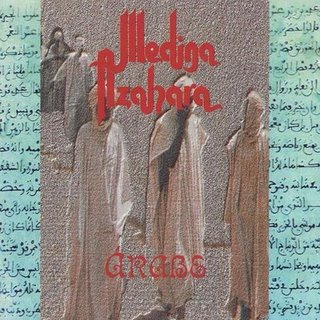 This band comes from an area in Spain called Andalucia which was pretty dominated by the Arabs during the middle ages. They have left behind a rich cultural heritage, including a lot of great buildings. I believe this album is about them. Maybe I am wrong.

Anyway..... You get the normal fare from this band on this album plus some Arabian pop and influences. That means Spanish hard rock and commercial rock with some folk rock in between. Their full sound with guitars and keyboards.

Their albums is a lot of hit and miss. This album is almost a hit and one of their better ones. It is still falling well short of what I would call a good album though. The Arab influences makes the music a lot better than usual. It is a decent to good album.