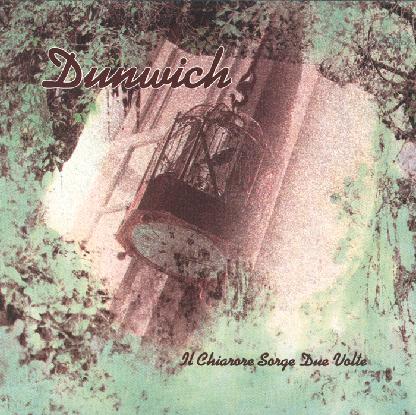 The second album from this Italian folk rock duo.

Well, not folk rock in a traditional sense. Dunwich has blended opera, goth metal and celtic folk rock into one entity, the music on this album. I also believe they did that on their debut album Sul Monte e il Tuono from 1993 too.

You get female and male operatic vocals here on the top a mix of metal and celtic rock. The sound is very 1990s (yes, I was there). The guitar sound is horrible dated. Not to mention; just plain horrible. The synths too sounds dated. The celtic rock parts are a lot better though. The metal parts is just cringe-worthy bad.

The end result is a decent to good album who reminds me far too much about the goth metal scene from the 1990s. Reminders I do not want. There are also some good stuff here too. Hence my verdict.