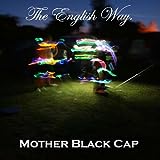 The second album from this English prog band.

I was pretty happy about their first album from 2006. An album with a lot of symph prog. The band has gone native English on their follow up, the fifty minutes long The English Way. Most of the symph prog has gone and has been replaced with a lot of Caravan like rock. The music is pretty jazzy at time with a Hammond organ driving the music on. There is also a lot of folk rock here and a lot of Pink Floyd. Wally is still a good comparison too.

Lyrics wise, this album is a journey through the green and pleasant England. A kind of their take on the hymn Jerusalem. And the band is spot on. England is a beautiful part of the world and worthy an album or hundred. I fully agree with the band here although I am living north of the border in Scotland.

The first six songs are decent to good. Unfortunate, the vocals is not particular good throughout. Then we have this eighteen minutes long title track. A song starting with some sterling great guitars before a piano chips in and then the vocalists hits the extents of his talents and over stretch himself. I agree with the lyrics here as I am a middle aged man myself who often despair about the way the world is going. The vocals is at times pretty disharmonic to be honest. And a review has to be honest. The eighteen minutes is also a bit of a mess and is not really that good. Most of these eighteen minutes is a detour into pub rock and football terrace singing. Cringe worthy is the name of the game although I suspect it is a favorite song on their pub gigs in England.

In short; this album has some good stuff and some less good stuff. It is a decent to good album which does not really lives up to it's billing as a great English prog rock album.