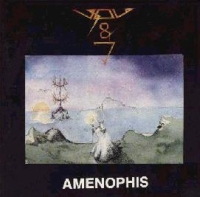 Their self-titled first album was a rather good symphonic prog album. Very little is left of that album on this, the follow up album. They have got a female vocalist who share the vocalist duties with a male vocalist. The sound is very much in the 1980s spirit of things. A bit plastic, synthetic sound.

The end result is a poor album which leaves me rather sad. There is nothing really here to be happy about. This album is a turkey and it does not fly. Avoid.