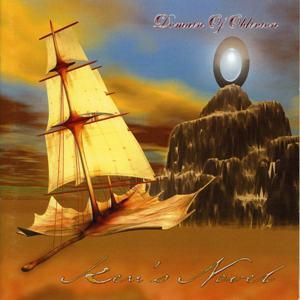 The third and final album from this neo-prog band from Belgium.

Ken's Novel is not a band many have heard about. I suspect even prog fans from Belgium is unaware of their presence. The band tried to do something about that with Domain of Oblivion though. A pretty ambitious album with a broad soundscape going from funky rock to more symphonic prog. From INXS to Genesis. Off course with a long stop in Pendragon and Marillon land too.

The sound is big and the vocals is very good. The band uses keyboards, guitars, bass and drums to back up the vocals. The music is at times very heavy and one heck of a racket. Some of the songs are a bit verse-chorus-verse too and with strong memorable verses.

The end result is a pretty good album who never really develops a great character and personality. The problem with this band and album is that they are pretty anonymous and generic. This album is a good album which should get more attention from neo prog fans. I enjoyed most of this album. It is not an album I will remember though. Still........