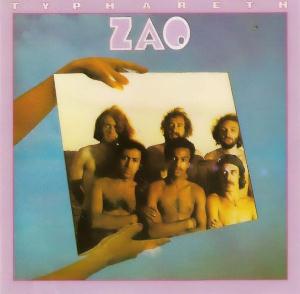 The fifth album from Zao.

Yochk'o Seffer had left the band before they recorded this album and the band settled for a fusion-jazz album instead of a more challenging zeuhl jazz album.

Percussion, drums, bass, keyboards and a lot of woodwinds creates the sound. The bass is pretty much in the forefront at the beginning before the woodwinds and keyboards takes over. Takes over on a pretty cool, laidback jazzy fusion album. More jazz than fusion, though. Actually, forget the fusion bit. This is jazz. Laidback jazz with not that much intensity.

The end result is pretty pleasing though. Pleasing but not that good. My main gripe is that the music is too laidback, too generic and without much personality. The music floats through one ear and leaves the other ear without making much impression on the braincells between the ears. Hence my muted admiration for this album.