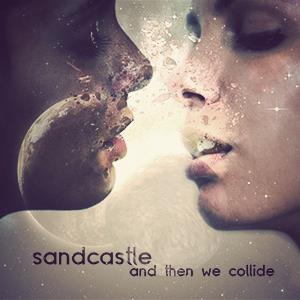 Another young band from Italy with their debut album.

Sandcastle is embracing the new Anathema/Porcupine Tree form of progressive music instead of copying the old masters of Italian progressive rock. Add Sigur Ros, Radiohead, King Crimson and Linkin Park to the mix and you get the picture. Very contemporary and very modern. The music is both brutal metal like with chugging guitars and vocals mixed up with some more pastoral, low key post rock themes. The mix of light and darkness is what this album is all about. A concept album, in fact. A concept album about human relationships and it's paradoxes.

Everything is here. Chugging guitars. Long guitar solos. Good keyboard runs. Great English male vocals. Great sound. This one hour long album also have some great melody lines inbetween some more dull melodies too. This is a concept album though with some pretty long songs. One of them eleven minutes long.

The end result is a good album which does not really appeal that much to me. But fans of Porcupine Tree should really check out this album and band. It is nice that the music scene in Italy is in full bloom and produce great bands like this. A band I hope will write better songs next time as the potential for a great album is there. It is a good debut album, a good album.