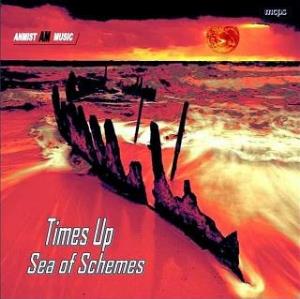 I quite liked their second album Snow Queen. Very decent neo prog which proves that this scene is well and alive.

The band has moved a bit away from neo prog and more over to the art-rock scene with this album. You get a good slab of vaudeville and US symph prog on this album. And symphonic prog is also the right label here. That and the above mentioned art-rock. In addition to the usual keyboards, guitars, bass, drums and vocals fare, we also get woodwinds and strings here.

Sea Of Schemes is obviously an album where the band has pushed the boat out and they are now on the wide wild ocean with this album. That is dangerous, indeed. The band may drown. Not at least financially as this album smells of huge production costs. The sound is excellent. It is not cheap either. We have a top quality professional product in our hands, here.

It is therefore a shame that there is no really great piece of music here. I like their new direction. But they are not pulling this one off. The music sounds a bit stale to me. This is by all means a good album. But just that. On the positive side, it is also an album which stands out a bit from the rest of the scene. So for those who think they have both seen and heard it all; this album is for you. It is also for the rest of you. Check it out.