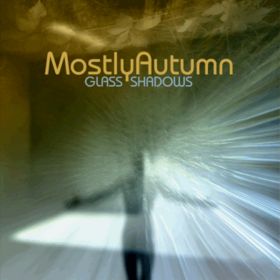 Glass Shadows is the final Mostly Autumn studio album with Heather Findlay. The future lead vocalist Olivia Sparnenn was already waiting for her turn as a backing singer on this album. Anne-Marie Helder from Panic Room was also doing her vocals bits on this album. So we get three excellent female vocalists here + Bryan Josh on male vocals and lead guitars.

The result is quite a vocals heavy album with some light weight poppy songs and some more interesting Pink Floyd'ish songs. We also get the customary foray into celtic rock here. In other words; we get a Mostly Autumn album who delivers the goods for the fans and not much else. It is a good, solid album who just reminds us how great this band is. That's all.