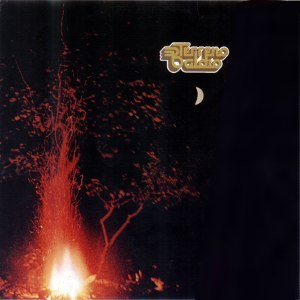 The second and final album from this Brazilian band.

I really liked their self titled 1975 debut album which really justified their reputation as South America's answer to Gentle Giant.

The band has moved on though from that album. Moved on, but not much. Gone is the most obvious Gentle Giant references and in comes a bit of King Crimson, Area and generally a lot more jazz. That and a lot folk rock references. But yes, there is enough of Gentle Giant here to make it really interesting.

The songs, sung in Portuguese, is still quirky and unpredictable. They are also very melodic and very South American in style. South American prog is almost an own genre in it's own and this album is very flowery and full of colours.

The end result is an half an hour long album without any great songs. It still have enough style and good songs to make this an almost essential purchase and a very good album. I really like this band and their two albums. More of bands like Terreno Baldio, please.