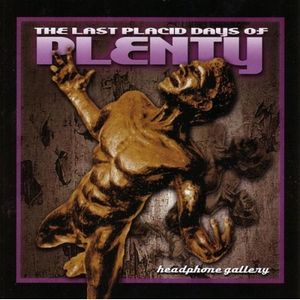 Another band who released one album and then disappeared again. This time, the band comes from Canada.

I know next to nothing about this band and cannot shed any light on why, by whom and where. I can only shed light on the music itself to the best of my abilities.

The music here is performed with plenty of guitars and synths. They are supported by bass, drums and vocals. The vocals is not too bad although they are not particular good. But they suits this music and the very neo-prog sound.

Although the basis is neo-prog, the band is all over the place. This is a debut album and perhaps the only album the band intended to record and release. Which explain why this album is such a mishmash of neo-prog, art rock and theatrical symphonic prog. The first half of the album is pretty dire. They are all over the place with a mishmash of messy neo-prog and art rock which goes nowhere. It is a painful experience, listening to it.

The latter half of this one hour long album is an improvement with some theatrical conceptual symphonic prog where we also get female vocals and some improved male vocals. That is the only positive aspect of this rather dire album. Avoid it if you can.