TNNE (The No Name Experience) - The Clock That Went Backwards (2014) 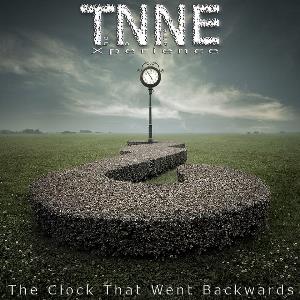 The first album and the fifth album from this band if you regard their forerunner No Name as the same band. The band is from Luxembourg, btw.

I have not heard a tone of No Name and that is a shame because they seems to be right down my alley. Symphonic neo-prog makes me happy. Well, most of it. TNNE is also in that area. Male vocals, keyboards, drums, guitars and bass. The standard line-up. But still very effective.

This album is fifty minutes long and most of it is very good indeed. My only gripe is the lack of a killer track or two. The music is very elegant with very good guitar solos and some good vocals. It is also very melodic and has both Marillion and Pink Floyd vibes. It is an album which will go down well with most fans of progressive rock. It has gone down very well with me. Hence my rating.