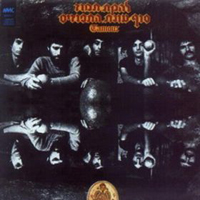 The only album this very influential Israeli band released before the members went on to have highly successful solo careers in Israel.

When I mean highly influential, I mean in Israel only. This album and band hardly ever registered in any other markets. The Hebrew vocals may be the reason. Despite of the English album title, there is not a single word in English on this album. Which off course is both great and just.

The sound is very good and their guitars, male vocals, Hammond organs, bass, keyboards and drums are potent enough. Ditto for the songs too. It is by no means the most interesting album I have ever heard. The songs are not particular good. The use of Hebrew vocals and the not too shabby songs makes this a weak three pointer album. It is an album with a bigger reputation than substance. Fair enough.....