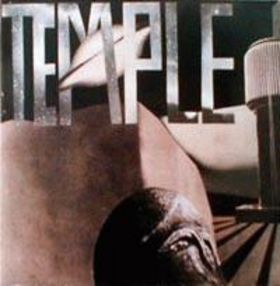 Another German band who released one album and then disappeared without a trace. A small English label re-released this album on CD in the 1990s.

We are again talking about krautrock. This time with a small twist, though. The vocals here is very dark and Depeche Mode'ish. The rest of the music is in the same area too. The differences is that Temple uses a lot of guitars and Hammond organs here. Add the bass and drums too and you get the full picture. The sound is reasonable good.

Besides of goth, there is also a lot of space rock here too. This is very much a krautrock album though with the krautrock sound being very evident here. The album clocks in at half an hour. Most of the music is pretty much one-dimensional here with the gothic depression hanging over this album like a black cloud. The vocals is at times atonal.

This makes it a decent to good album which is one of the oddities from the krautrock scene. Check it out if you are into krautrock.