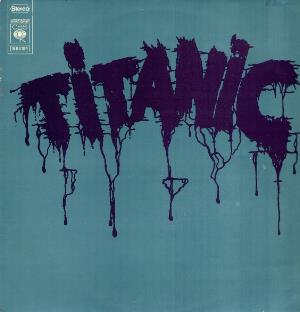 This is their debut album though and it is a mix of hard space rock and some cringe worthy pop ballads. The album opens nicely with the hard rocking Searchin. A good song which should had set the tone for this album. A couple of songs later and Titanic hits the iceberg (sorry, I had to get that one in). The iceberg is the horrible, strings soaked German schlager sounding Mary Jane. From there on, we are treated to some Beatles sounding music and some more hard rockers.

I am all for variations on albums. But this album is all over the place and has no real overriding concept. It is like the band is trying out a lot of ideas to see where it brings them. Some of the songs are very good. The album is destroyed though by the likes of Mary Jane and Cry for a Beatle. Those tracks are lumped together in the middle of the album and the album really never recovers after that. Neither does the listener, btw.

This is a debut album with all it's ills and diseases. It is a decent album, though.